A top-level view on the different royalties you may be entitled to.

In general, most musicians begin their journey through a love of music itself. It’s a calling rather than a career. But at some point, after you’ve gone through the music-making process, you’ve crafted your work and people enjoy it, then you both need and deserve to be paid for what you produce. That is where royalty collection agencies come in.

However, and perhaps this is a reflection on how musicians come into the industry through the love of the craft mostly, there is a lot of confusion about royalties and how and when you get paid them. Trust me on this one; there are no lawyers who are confused about how they get paid.

So, understanding the royalty collection systems is incredibly important for you as a musician, even if it may not seem so right now.

It would be impossible for you to identify every time your music is played in or to the public or reproduced, and then send a bill for that, whether as a music writer or performer. You would have no time left for anything else. That is where agencies come in, who do all that for you. If you’ve spent any time in the music industry you will probably have heard the various acronyms already, PRS, ASCAP, AARC, MCPS, PPL, PPCA, and so on.

It all sounds confusing, but it isn’t really. Well, maybe a little. Hopefully, we can pull back the curtain a bit.

The main things to remember are:

If you are a writer, publisher or artist, you need to be a member of the correct society/agencies.

If you are a user, venue or reseller of music, then you will need a license from the appropriate society/agency, most likely as a legal obligation.

There are three main agencies;

These represent; writers, composers, and publishers when a piece of music is played in public. In the UK for instance, PRS offers a blanket license for broadcast TV networks, allowing any song registered to be used, and of course, paid for, but the PRS also covers radio play and all other public broadcasts. Check with your region’s performing rights collection agency for full details on what they will cover

Mechanical rights cover the physical reproduction of your music, including sales of digital downloads and streaming. While still technically royalties, these types of payments are defined as mechanical royalties.

These royalties are paid to songwriters and artists when a recorded version of the song is sold; such as a download, a physical sale of a CD or vinyl record and even from a streaming platform such as Spotify or Apple Music.

Many of the agencies are working closer together making it easier to make sure your collecting the right royalties.

The other major collection agency type is Phonographic Rights. They deal with royalties for the recording artists on a given track. In many cases, there will be both a phonographic and a performing rights license needed to play a piece of music, for instance in a retail shop, where the writer and performer require payment.

In many cases, of course, the songwriter and performer are one and the same and they would get paid for both royalties collected, but that is not always the case.

There are also “rumours” of some unscrupulous A&R reps and management “playing” on some recordings of songs so they can get in on the royalties. But of course, these are just rumours, maybe.

Making Sure you get paid

Agencies have all the systems in place to authorize music to be played, and then collect payment for that play. As a musician, you need to register with the relevant agency to begin to receive those payments for your work.

There are several collection agencies working around the world, and as your reach grows it can be beneficial to make use of some of them. However, the important point is to ensure that you get paid for the relevant aspect of your musical output, performing or writing, or both, through these dominant registers

Want to write for Carbon Studios?

Do you have experience in one or more parts of the music industry that can translate into valuable content for our members? We want to hear from you! 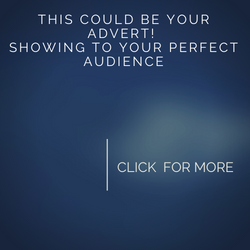 Please confirm you want to block this member.

You will no longer be able to:

Please note: This action will also remove this member from your connections and send a report to the site admin. Please allow a few minutes for this process to complete.

You have already reported this

Find awesome listings near you!